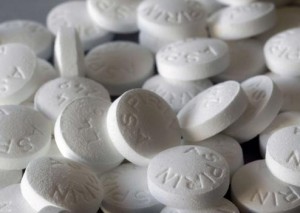 We’ve all heard that heartburn might actually be a heart attack, right?  And hopefully we all know, if you think you could be having a heart attack, you should chew one regular strength aspirin (not enteric coated) for 30 seconds.  Doing this may just save your life, and it may also ease your chest pain.  And of course call 9-1-1, don’t drive yourself! 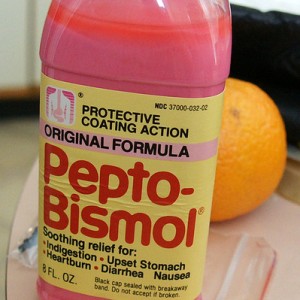 But did you know Pepto-Bismol® could also ease the pain of a heart attack?  Well we didn’t.   Well it can!  Had we known, it would have changed the course of events the week of Bill’s heart attack and we would have sought medical attention much, much sooner.  In fact, we would likely have prevented his heart event.

Bill had burning pain in his chest after dinner one night that felt like heartburn, a condition he rarely experienced.  He swallowed a dose of Pepto-Bismol® and Voila! the pain disappeared.  The following night, we had the same series of events but the pain was a little worse.  We theorized maybe acid-reflux had irritated the lining of his esophagus a bit.  Now this next part should have been a clue that this was not ordinary heartburn.  We were now completely out of Pepto-Bismol® and Bill was afraid to be without it in case the pain returned.  So at around 11pm, instead of going to bed we went out to the 24 hour pharmacy.

The next morning we exercised, which for Bill was at least an hour workout that included 10 or 15 minutes of hard pumping on an exercise bike and 3 or 4 sets of 25 pushups and he was totally fine.  We stopped on the way home at Whole Foods to pick up some groceries and shortly after arriving he said the heartburn was back.  We had the smoothie bar make him something cold thinking it might be soothing, while I grabbed some natural remedies from the store that I hoped might help.  By the time I returned to him sitting on the stool at the smoothie bar, he was once again smiling and pain free.

That night we had dear friends over for dinner and he had no pain the entire evening (I guess the social aspect was calming?) but the following night the scenario returned.  The pink stuff worked as usual and we went to bed.  But Bill woke me in the wee hours, clearly filled with anxiety, saying the 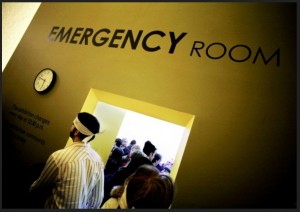 Pepto-Bismol® wasn’t working.  He chewed an aspirin and we headed for the hospital.  This is where our story began, as you may have read in The Beginning.  A couple of hours later Bill had a stent placed in his left anterior descending artery (the “widowmaker”) and we were told he had had a heart attack right there in the emergency room.

I can hardly believe now how both foolish and lucky we were.  We didn’t call 9-1-1, but instead I drove him to the emergency room.  We did everything WRONG!  We were so convinced it was just heartburn.  Why?  Because he had no other symptoms–no pain in the arms or shoulders, no nausea or claminess, no crushing feeling in his chest, no pain while exercising.  And especially because the pain went away with Pepto-Bismol®!   His only symptom up until that morning was the feeling of heartburn.  We wrongly reasoned that Pepto-Bismol® surely would not ease the pain of a heart event.

Pepto-Bismol® contains bismuth subsalicylate, which is a derivative of salicylic acid.  Aspirin is acetylsalicylic acid.  According to WebMD “Salicylates are chemicals found naturally in plants and are a major ingredient of aspirin and other pain-relieving medications.”

It seems this information is not common knowledge, so we hope you will share it with others.  It would certainly have changed our course of events, and could easily save someone else’s life.

The National Institute of Health provides this list of products that contain Bismuth Subsalicylate:

Also keep in mind there are other products that contain aspirin, such as Alka-Seltzer (a single dose contains 325 mg).

8 thoughts on “Death by Pepto-Bismol®?”