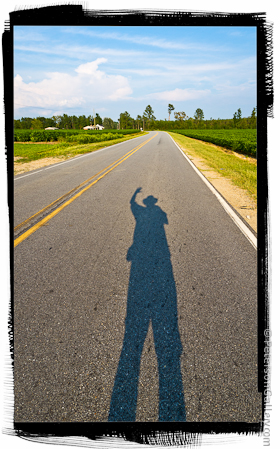 Our journey continues here from THE BEGINNING.

After we’d set our course, we felt relieved to leave depression and anxiety in our wake.  The next step involved three major commitments:  diet, exercise and stress reduction.

First, we changed our eating by following Dr. Crandall’s recommended diet he described in his “Fix It” book.  If you’ve had a heart event, as Bill has, Dr. Crandall believes you should eat a mostly plant based diet, low in sodium and no sugar.  Instead eat lots of fruits and vegetables and legumes, only whole grains, and boost your protein intake with fat-free dairy and egg whites.  He also wants you to consume as little fat as possible in order for your body to remove already stored fats in your cells, arteries and everywhere else.

AND.. he recommends you follow this way of eating for six months.

WHOA! This sounded very difficult to do long term.  And I feared Bill would be hungry and miserable all the time.   As I started meal planning and grocery shopping I thought, how could I eat something in front of him that he couldn’t have?  Well I couldn’t.  And I realized I needed to feel first hand what he must be feeling, in order to know whether the diet was satisfying or leaving him hungry an hour later.   For these reasons I decided to do the diet with him.

We both fully expected the dietary part of the plan to be challenging–that we would miss “normal” foods like turkey sandwiches or the occasional frozen yogurt, or grilled salmon, or a cookie!  I thought we would be hungry and miserable.

And boy were we wrong. 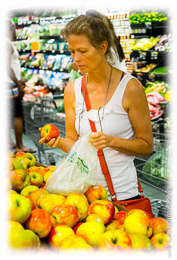 It’s not as though we had been eating a horrible diet up to that point.  We eat mostly organic produce and organic and natural meats.  Our mornings were usually oatmeal and grapefruit, then a sandwich with fruit or a vegetable at lunch.  But dinner had become a bit of a challenge.  Our days are busy and often I didn’t feel like cooking so I’d fall back on soup and sandwich, or pasta with sauce, or hummus with chips or some other easy thing to prepare.  I know now we were not eating nearly enough fruits and vegetables and consuming way too many highly processed carbs.  It seemed no matter how much food I placed in front of him, Bill never seemed to get full at night and would munch… on something.  Not ice cream or candy or cookies or potato chips–we didn’t keep those things on hand.  Instead it was nuts or “healthy” crackers with cheese or popcorn.  He would vow to lose weight, and he would!  Usually about 15 pounds, but then those pounds would just creep back on.  And then he would try again.  And again.

So when we began the “Fix It” way of eating, we did so with an open mind and determination to give it our very best effort.  We started out focusing heavily on the recipes in the book, but soon expanded the diet with other recipes and ideas that met the criteria–very low fat, no sugar, mostly plant based and whole grain.

And we were amazed!

All those fruits, vegetables, beans and grains are so filling!  And delicious!  One of the first dishes I came up was Curried Vegetables with Mango Chutney and we were pleased at just how satisfying is was to make vegetables the stars of our plate   It was a bit time consuming at first to eat this way, because it took a lot of planning and preparing.  But after the first couple of weeks it got easier.  And then we noticed we had more energy than we’d had before.  No more sleepiness after lunch!  And Bill’s weight steadily dropped.

The next change–STRESS.  Continue reading…